Years ago, while living in Chile, S.A. I wrote a paper titled, The Incredibly Tragic Error of Becoming a Religious Person Instead of Getting Close to God. Yes, it’s a long title, but it says it clearly. Many people miss it. Many Christians don’t know how to explain it well.

I’m not interested in Religion. God isn’t either. He is interested in a relationship with us. It is so much easier and so much better than having to live to carry out a long list of man-made religious traditions, rules, ceremonies and adopting a weird religious life style. I call that ‘religiosity’.

I encourage you to download a copy of It’s All about Relationship (to the right), and then, with that in front of you take the time over a week or two and in the privacy of your own home watch the four presentations below.

I’ve shared these over the years with atheists, agnostics, scientists, doctors, dentists, chiropractors, computer experts, professors, cab drivers, hit men in prison, young and old, rich and poor from many nationalities and backgrounds.

If after watching them, you would like to communicate with me or even talk over the phone, simply write me at john@itsallaboutrelationship.org. If you have questions or want someone to help you go deeper in a good, healthy relationship with God, just let me know. 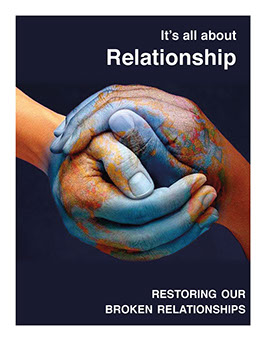 Because God Loves Me (English)

I Can Only Imagine

Pick Me Up At The Airport

Atheism Is A Religion

God Is Not A Kill Joy

Jesus Is God In The Flesh

Living In The Light Vs The Darkness

The Reality Of Jesus

What Jesus Wants To Give Us

What Kind Of Life Does Jesus Want To Give Us

What Kind Of Man Was Jesus Of The Bible

What Makes A Boy A Man